The Weirdos are a still growing group of TF2 Freaks coming mainly from the Gworld 9, from the Gverse 144, who are traveling through Gworlds for spreading chaos. They are created by GmodViolet.

Their theme is Bill's Friends from Gravity Falls.

The Weirdos came together the day when Jiscord came into the Gworld 9 from the Gverse 144 and recruited some of the most infamous beings he could find there. In order, he recruited: Kaflex, Graveloman, Chicken Mann, FaceStab, SkullCrack, Bleep Mann, Chewy and Bread Mage.

After that, they started to went though many other Gworlds for causing chaos and mayhem. During that time, Bread Mage met and recruited four mercenaries who then became the Bread Fanatics.

Later, Jiscord recruited three new members for the group which are Scalurai, Hearrot (who is also known as "The Terrible") and Deadly Mortis.

Most recently, the Weirdos began to recruit and get new allies while travelling Gworlds. The ones they made so far are three TF2 freaks called Texas Bacon, Fly Scout and Trashmann. 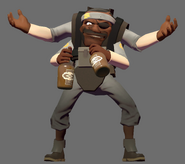 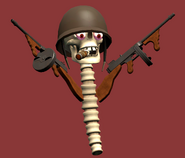 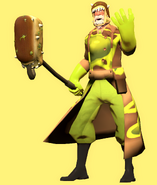 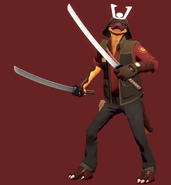 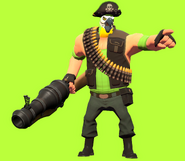 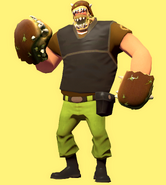 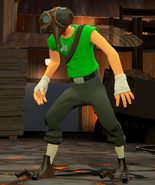 Fly Scout
Add a photo to this gallery
Retrieved from "https://tf2-freakshow-concept.fandom.com/wiki/The_Weirdos?oldid=30551"
Community content is available under CC-BY-SA unless otherwise noted.